Skip to content
What are Fossils?
The remains or impression of a prehistoric plant or animal embedded in rock and preserved in petrified form.
Fossils provide a record of organisms that lived a long time ago. They also provide evidence that animals and plants can change over long periods of time. The fossil record is often incomplete. However, there is a good fossil record for the evolution of the horse.
If a species cannot adapt when the environment changes it may become extinct. Darwin’s theory of evolution through natural selection is the theory of evolution that is accepted by scientists today. But there have been other theories.

How are Fossils formed?
A fossil can be formed in several ways: 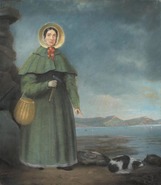 Mary Anning (1799-1847)
A very popular place for people to collect fossils is the Jurassic Coast, the most famous place for collecting fossils is Lyme Regis – where Mary Anning (1799-1847) was an English fossil collector, dealer and paleontooloist who became knowna round the world for important finds she made in Jurassic marine fossil. This is where “She sells sea shells on the seashore, The shells she sells are seashells, I’m sure, So if she sells seashells on the seashore, Then I’m sure she sells seashore shells.” (tongue-twister).